iForce is a customer-led supply chain management business. Our operating areas - namely warehousing, logistics and software development - have been historically male dominated. It is encouraging to see that iForce, as well as the sector overall, have been attracting more female candidates in recent years. Our current objective is to concentrate more on understanding how we can attract both genders to develop into managerial roles and thus achieve a greater gender balance at all levels of management. The fact that our managerial, professional and leadership positions are still dominated by male employees creates the bulk of our present gender gap.

The 2018 snapshot indicated a mean gap of 20.95%. The mean pay gap is related to the number of women in managerial roles since there is only a relatively small median gender pay gap (6.44%) in our organisation. This means that with the majority of our employees being colleagues (around 75%), the pay gap is still placed higher up in the hierarchy of the organisation.

The positive trend identified is the increased proportion of female employees coming into the business at the entry level; this year the female population in the 4th lower quartile exceeded the male population. Comparing to last year, we have higher numbers of female employees in the 2nd quartile; namely over 3% more female employees in that quartile than last year. The identified matter of female employees being unrepresented in the higher levels of the organisation remains a challenge to tackle. iForce pride themselves in a robust and fair recruitment and promotion process. However, the market continues to provide significantly less female candidates for management roles. Hence it is our ambition to develop home grown talent, which would see the female iForce employees progressing within the business with an equal pace to that of male employees.

The year 2017-2018 saw a large gap in bonus payments to men and women compared to the previous year. Part of the reason for that was connected with the sale of the business and the associated bonus payments to leadership team members. As the leadership team solely consisted of male employees, the bonus gender gap consequently widened. In terms of proportions of men and women who have received a bonus in 2017-2018, the split has remained at a less than 3% difference between men and women; where just over 2% of women and 5% of men received a bonus. 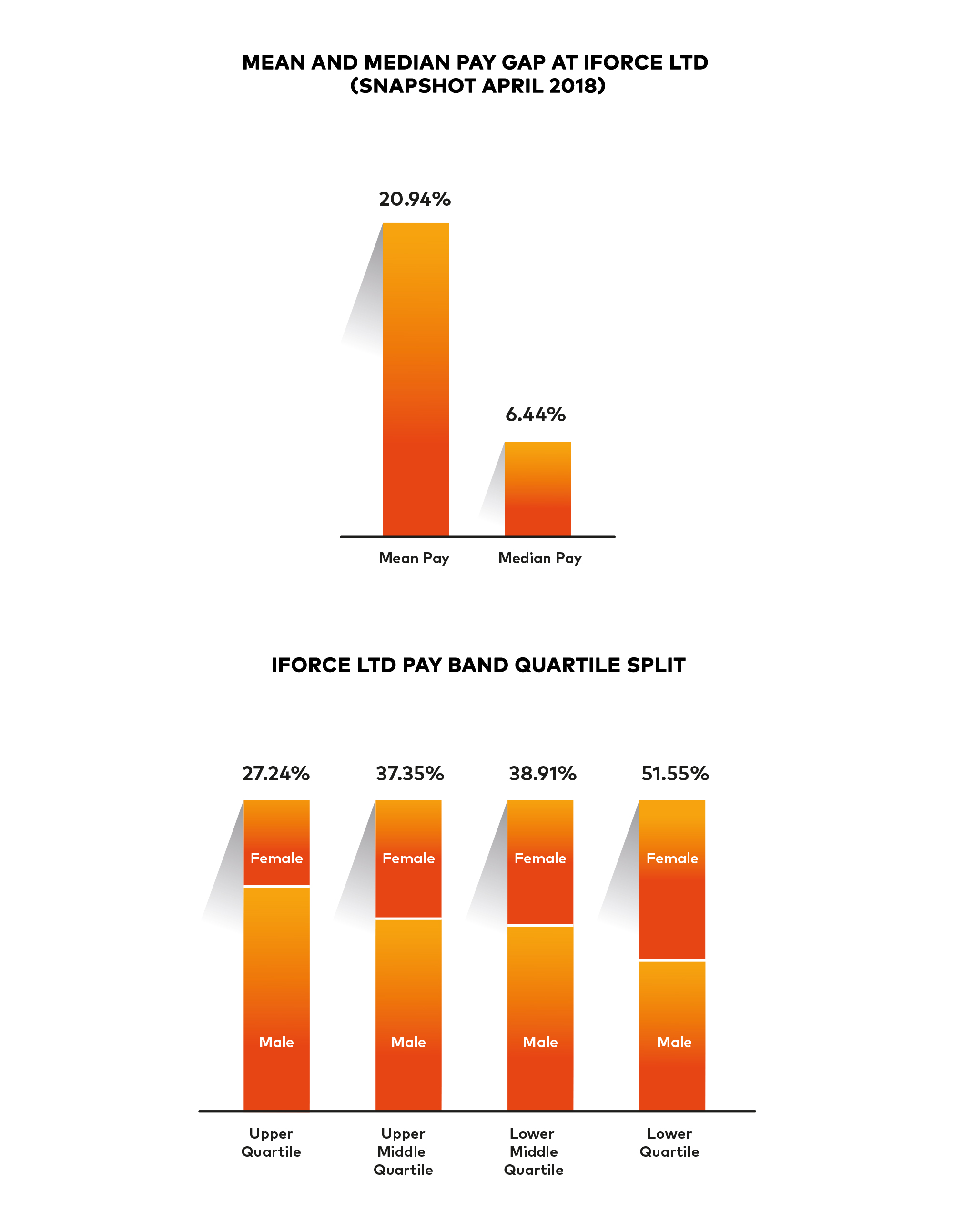 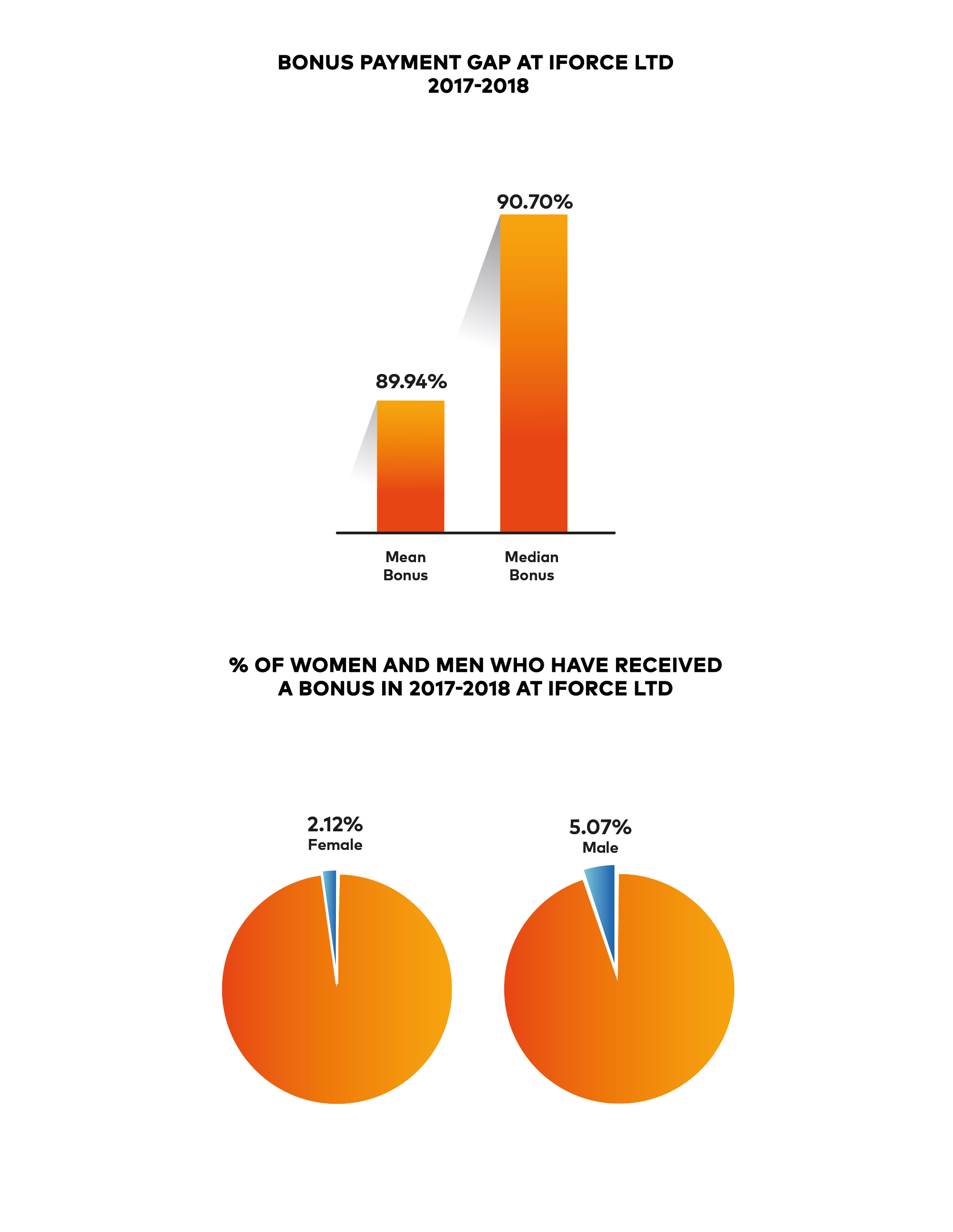